With perfect timing, most of our Breaking Bad Tees have returned to our Spreadshirt Shop

Spreadshirt got their Organic Tee in a really nice moss green and now we can drop this I Pity The Huell: Militant variant like it’s hot.

We also made the single color design available at Breaking Bad Inspired Tees Redbubble Shop so you can put it on whatever you want, however you want.

And be sure to check out Lavell Crawford’s awesome standup!!!

Also Available in Ringless on Account of Rings Cost Too Much More!!!

Be sure to check out Lavell Crawford’s awesome standup!!! 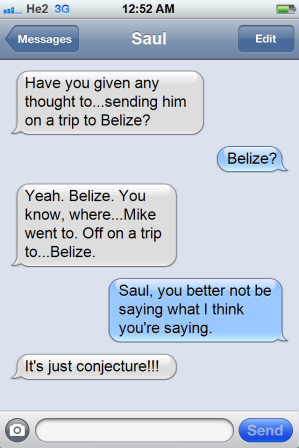 Check out the Breaking Bad Redbubble Shop for this tee and more.

Many others are also available at Tees by LOL Productions. 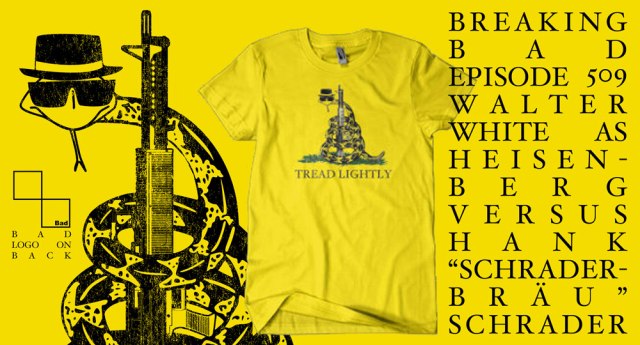 “If you don’t know who I am then maybe your best course would be to tread lightly.”

Check out our Redbubble Tee Shop for this tee and more.

This and many others are also available at Tees by LOL Productions. 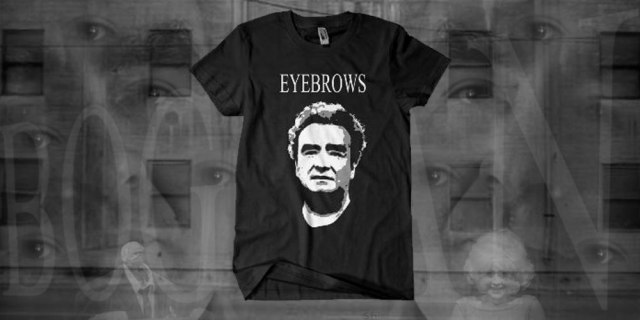 [Available in the Entertainment Parody Section of Shirt Shop]

Perhaps if Ted Beneke of Beneke Fabricators hadn’t leased that car or if Huell (of sleeps standing up) wasn’t reasonably perusing that “Pretty Nooks” issue of Traditional Home or if Saul had a better A Team then none of this would’ve happened.

But no matter how you slice the orange, [Spoiler Alert for 2010] Skylar F•cked Ted. Available at the Tees by LOL Shop. 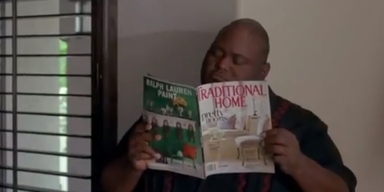 Named after flat-bottomed Viking ships, this fragrance has been appealing to the dark and sinister side of masculine sexual fantasies since 1982.

You can file this under “Who gives a crap” in your circular filing cabinet (which I happen to know is actually your trash can), but we’ve got some amazing designs in the hopper for you!

It’s been a very busy fourth quarter for me and I haven’t had much time to make any non-Breaking Bad or Breaking Bad shirts but I’ve started a bunch.  They all look like a mental patient scribbled them on a wall, using a crayon, using their mouth but rest assured that they will look worse by the time they go to print.

Since most of my shirts are products / places / things from shows and films, I’m never under the impression that I’ll be the only one doing a particular tee.  Since I’m a video editor and not a designer or artist, I never expect I’ll be doing the most well “drawn.”

However, I never expected shirt companies to take something I’ve done and sell it as their own.

Most companies only took the bug portion of the drawing but some just sell the EXACT design.

Since I did this shirt [Vamonos Pest Control] after the first time the fictitious company was shown on Breaking Bad, I didn’t have a great source image to trace (which I do when attempting to replicate an existing element to incorporate into a design).  Since I’m not a professional artist, there are some unique details in the shirt (mistakes) that no one would have intentionally done.  The oddest part of this is that other people have done the bug design better than me, but their’s haven’t been appropriated.

BTW, I haven’t included any comparison images because I don’t want to increase the frequency they show up in searches, but look a the one above and imagine the exact same thing (for the the bug, at least).

Given the nature of the types of shirts I make, I’m not unaware of the irony of crying about copyright infringement when 90% of my stuff is at least inspired by another’s intellectual property but at least I have the respect to take the time to modify and alter and re-draw the element and make something different with it.

Here’s the list of companies to date that took my rendering and have been selling shirts and other items with my drawing of the drawing from the truck on the TV Show on them: Crowne Apparel, Cinefilia Camesetas, (both of whom literally used the entire design), Mean Fellas, Degenerate Clothing, Front Room Cinema,  3D Supply, Texlab, ShirtCity and Futbolk.uk.

At this point, I’ve only contacted a company about the Crowne Apparel design as they took the entire design and sell it on the same print to order shop as mine.  The other one’s don’t really bother me too much, I just think they’re sort of stupid for not stealing one of the better renderings of the bug.

I’m just happy some people buy the shirts I make (for myself. first and foremost) and enjoy them.

In other news; all Breaking Bad related shirt I’ve made and will make will now also appear in their own shop at the Breaking Bad Inspired Redbubble Page.

Only one more after this, I promise. Possibly two.

Because the Birthdays just get better and better!

Image collage from Ghostiet at Screened.com

Two designs in two colors so you can pick the color combo to best suit your carefully crafted life color palate like a mini Vince Gilligan.

It’s all about the Huell and the guy’s got fingers like hotdogs.

Design is by master illustrator, or millustrator, Jerome Gonia.  You may know him from the fine crafted face on the Better Call Saul Tee or perhaps the glorious Box Cutter drawing.  Based on a logo by a two wheeled vehicle company that shall bemain nameless.

Must love Huell!  Be sure to check out Lavell Crawford’s awesome standup as well.

All the shirts are available at Tees by LOL Productions with a mess more Breaking Bad themed shirts in our Breaking Bad Inspired Redbubble Shop.

Another new one that I put off because I thought someone did it already.

When being tested by the Cartel, Jessie’s steps up the tough guy and continues to prove that he’s truly comfortable with who he is, “the bad guy.”  When challenged to make a portion of the “cook” that’s usually already there Jesse confides in Gustavo saying, “Look, I get my phenylacetic acid from the barrel with the bee on it. That’s how I do it.”  He then makes the Cartel chemists do it for him after calling them “asshole.”

Available here at the Redbubble shop.

Additionally, I currently offer some other TV/Film parody shirts in the Entertainment Parody Category.   My Jaleeb Caru is Dead Category features a bunch of shirts that range from the silly to the absurd.

Here’s a new shirt that I like to call “Big Gus, What’s the Fuss?” after a non-horror Troma Movie.

I think I’m mostly proud of the utility knife artwork that was composed by Jerome G., artist to the stars.

Must love Gustavo.  A tremendous character and while the peaceful, quiet and kind smart guy who’s also a badass Baracus isn’t new, rarely is he so well written and acted.

Additionally, I currently offer some other TV/Film parody shirts in the…wait for iiiiittttt……Entertainment Parody Category.   My Jaleeb Caru is Dead Category features a bunch of shirts that range from the silly to the absurd.